We test the Palit GeForce RTX 3060 Dual OC graphics card, which could become the successor to the popular GTX 1060. How does it perform in games and? Will it be available in stores at normal prices?

About what is the situation in the graphics card market I will not write, because I do not want to irritate readers. The massive buyout of cards for cryptocurrency mines has made the market a deficit of graphics cards, and the few copies in stores are available at crazy prices.

NVIDIA decided to do something about it, and in addition to announcing the production of graphics cards designed exclusively for miners, it also restricted cryptocurrency mining on its latest baby, the NVIDIA GeForce RTX 3060 – which just had its world premiere.

This is a mid-range card and at the moment the least powerful model in the NVIDIA Ampere family. It’s still an RTX model, so it has hardware support for ray-tracing and DLSS technology. 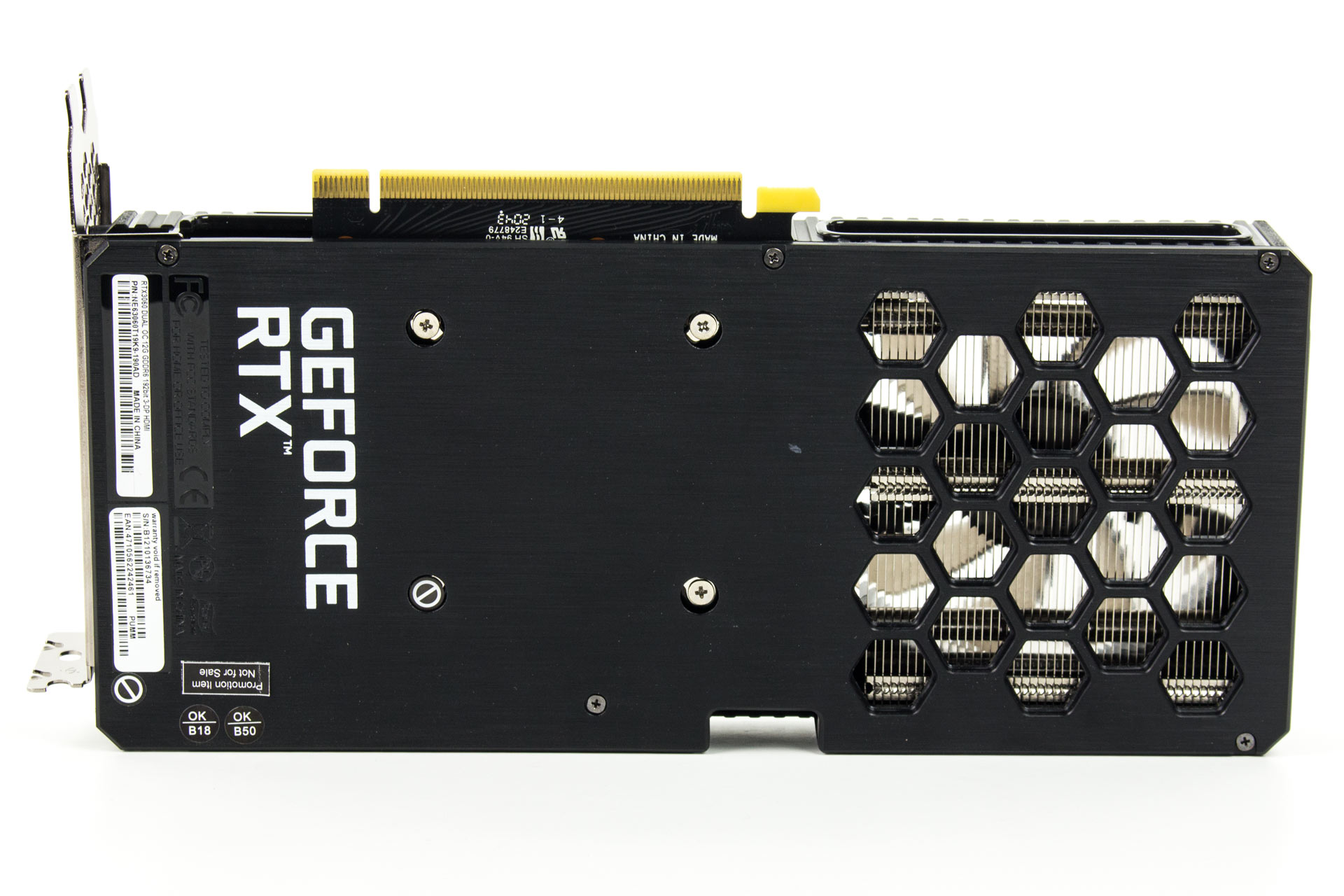 The younger brother of the GeForce RTX 3060 Ti tested in our pages (tests of this card are still made using the old test procedure) has two powerful advantages. Firstly, it is a cheaper model, and secondly, it is equipped with 12 GB of VRAM. This is more not only than the RTX 3060 Ti and RTX 3070, which came with 8 GB VRAM but also than the RTX 3080, which had 10 GB VRAM on board. Add to that this restriction on cryptocurrency mining and with any luck, we get a very good mid-range card that will be completely unattractive to miners. Unless they quickly find a way to get around this limitation…

According to NVIDIA the new card is about 30% faster than the GeForce RTX 2060 and should have a similar performance to the RTX 2070. We’ll check it out in just a moment… 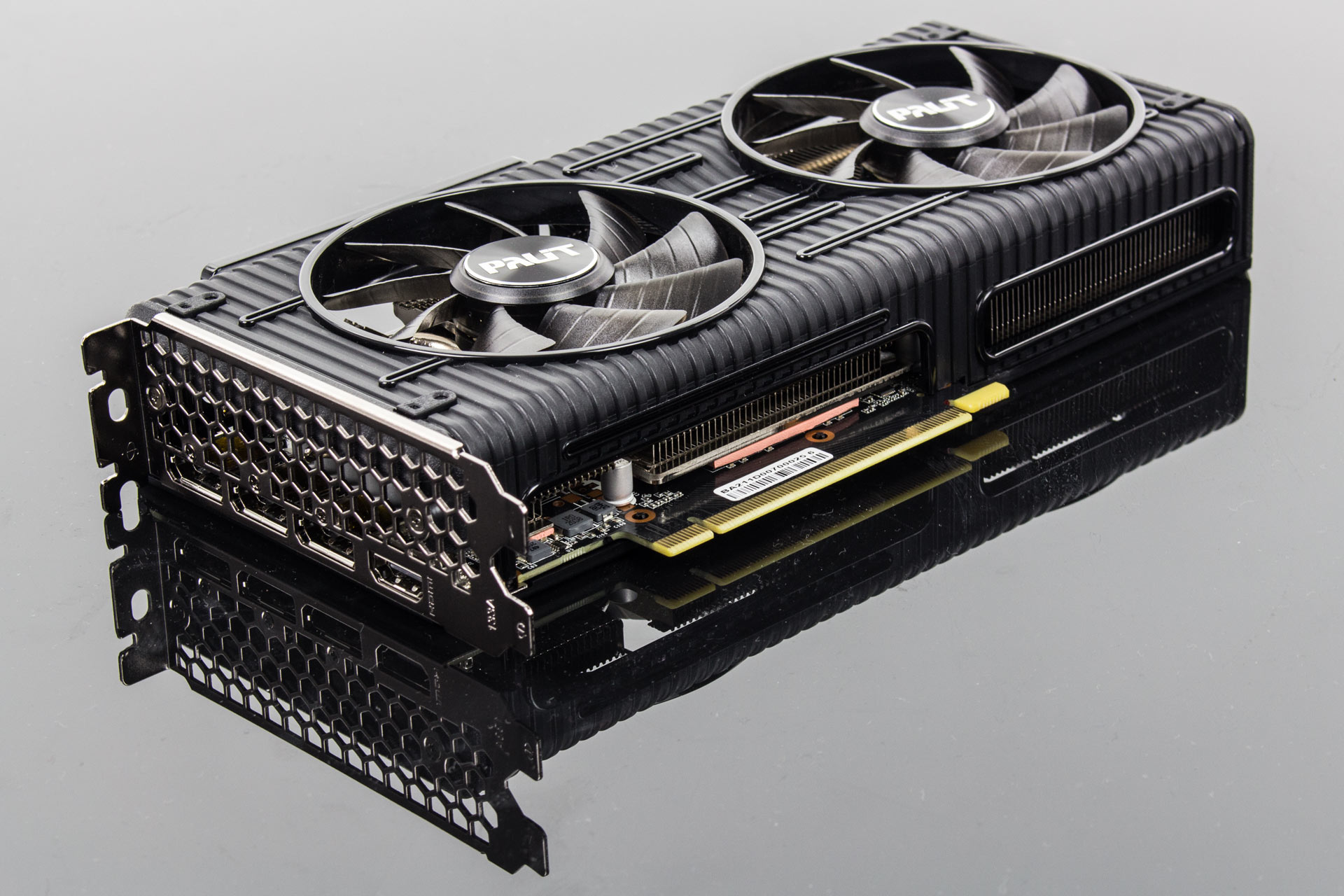 As we mentioned earlier, our test rig based on Intel Core i9 9900K has retired for a well-deserved retirement. We also replaced the test procedure – it included four new games. Give the lack in the results of some cards (we are working on the supplement). But already RTX 2060 Super after overclocking was really close to RTX 2070, so the results are easy to estimate.

Our current test platform is as follows:

We tested the card at three settings:

Compared to the 3060 Ti, the card has almost 1300 fewer shader units, as well as less VRAM bandwidth. Let’s add that SAM/Resize BAR technology does not currently have any impact on 3D Mark results.

After manual OC, average temperatures on the core were over 70 degrees. BUT – GPU-Z got richer by showing also the hottest spot on the chip (which was previously available for Radeon cards – worse, Windows task manager showed just this temperature). The highest recorded temperature (hot spot) on the Palit model (after OC) was 84 degrees. 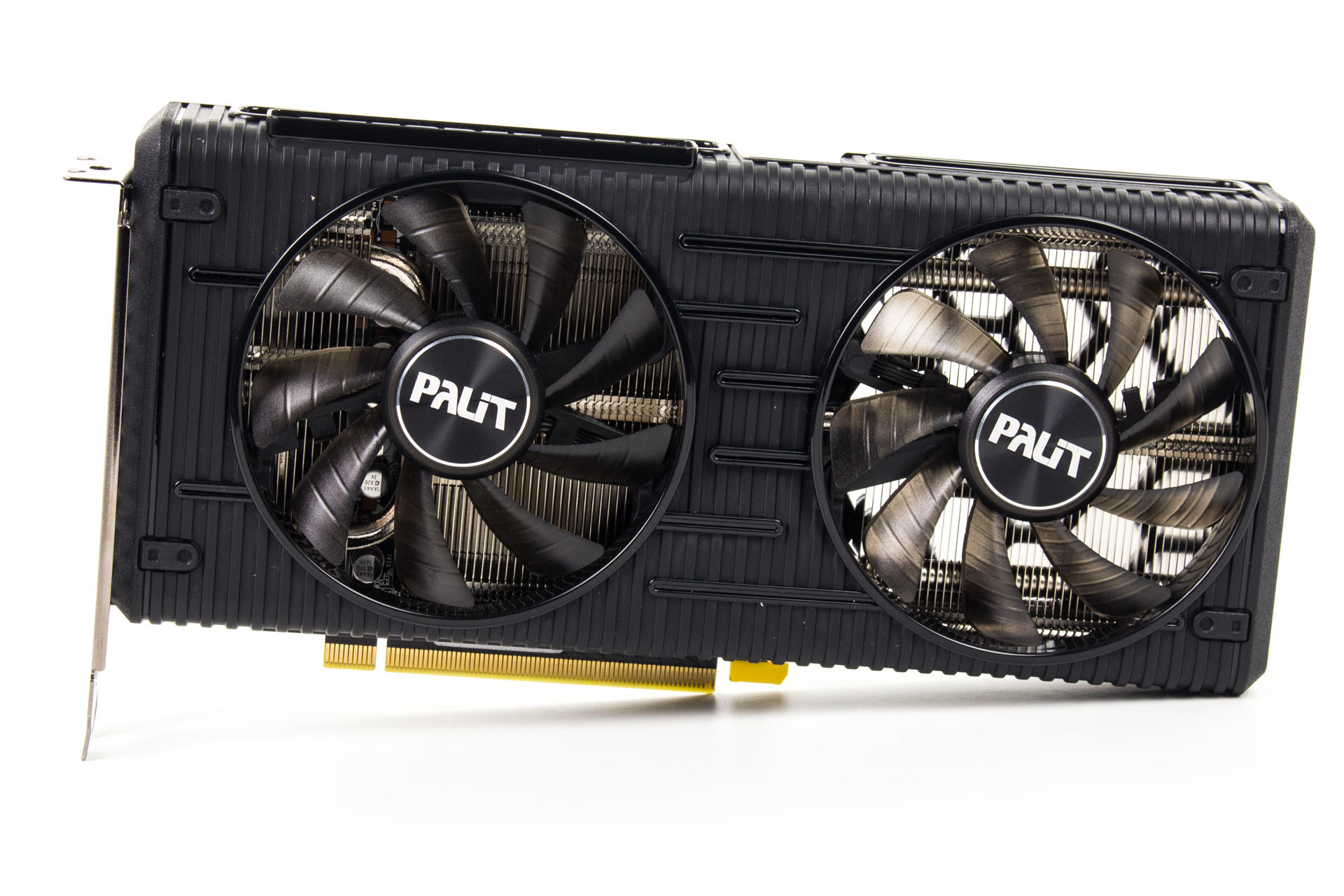 By design, this is a mid-range card with an affordable price tag (like the GTX 1060 or RTX 2060 before it). According to our tests, the card’s performance (depending on the game) varies between RTX 2060 Super and RTX 2070 Super – so exactly as NVIDIA claims, its average performance should be at the level of RTX 2070. It’s a good move to equip it with 12GB of VRAM, although let’s be honest, in this performance segment it doesn’t really matter. It certainly makes the card more future-proof, though.

As it is in the case of equipment from the middle segment, everything boils down to the price, and this … (in theory, the card should cost 400-450 pounds and we know that selected stores will have it in stock at a low price – but we do not know how much).

A lot depends on whether the miners manage to unlock this model and the number of cards that manufacturers will throw on the market. This could be the beginning of a price correction for graphics cards, but in our opinion, we will have to wait a bit longer for a real correction…

As for the design of Palit itself we do not have any reservations – it is known that it should be one of the cheaper cards, but it is factory overclocked, has a backplate, and we cannot complain about the volume of the cooling system either.

This is the first gamer card on the market to be limited in cryptocurrency mining performance. Overall… I’m against any manufacturer’s limitation of the hardware. On the other hand, I perfectly understand NVIDIA’s move – the dramatic situation on the market requires non-standard actions. So what if the cards are sold like hotcakes if they do not reach the computers of players and do not win the market? Will this discourage miners from buying out this model and gamers will be able to safely buy it at a normal price? Will miners succeed in circumventing the card’s security features? Many questions that we will know the answers to soon.

Check if the manufacturer of your motherboard has already released the appropriate BIOS and go ahead and enable it (if the feature actually works you can check in the NVIDIA Control Panel – and don’t forget to install the latest GameReady driver). In selected titles, you will gain some performance completely for free. Here comes the good news, because this feature will work on (provided that the appropriate BIOS update is provided by the board manufacturer):

Theoretically, NVIDIA should make this technology available for all Ampere cards, but we don’t know if it will work everywhere with today’s driver release (or just for RTX 3060).

ln, a month AMD will present its competitors of RTX 3060 and 3060 Ti models, namely RX 6700 and 6700 XT cards, so the situation should get even more interesting. We assume that together with the release of these cards will also appear AMD’s answer to the DLSS technology.

Scroll to Top CALL US